EasyEDA provide a simple but powerful version control feature. Each version is independent, you can edit and save for every version.
When create the new project, it will be set the default version name as “master”, you can edit the name at the “Project Manage - Version” page.

You can create 10 versions for every project. The more versions you need to delete the older first.

At the new version dialog, you need to type the version’s name and description, and create it.

If you want to switch to new version, you have via “Version - Switch Version”. 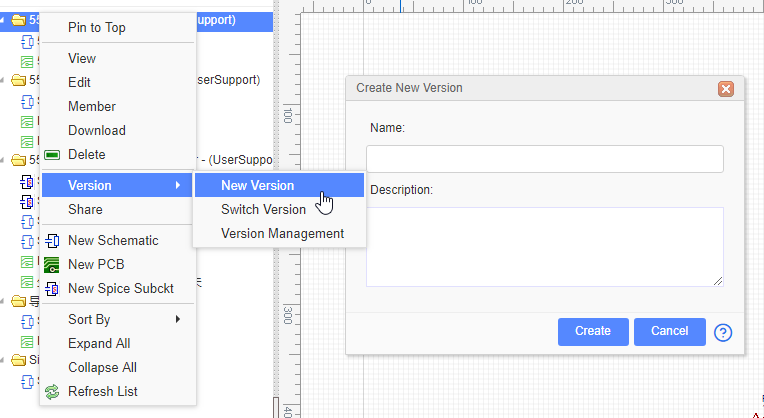 Click “Switch”, the dialog will list current version and all version for this project, you can select one and switch to it. 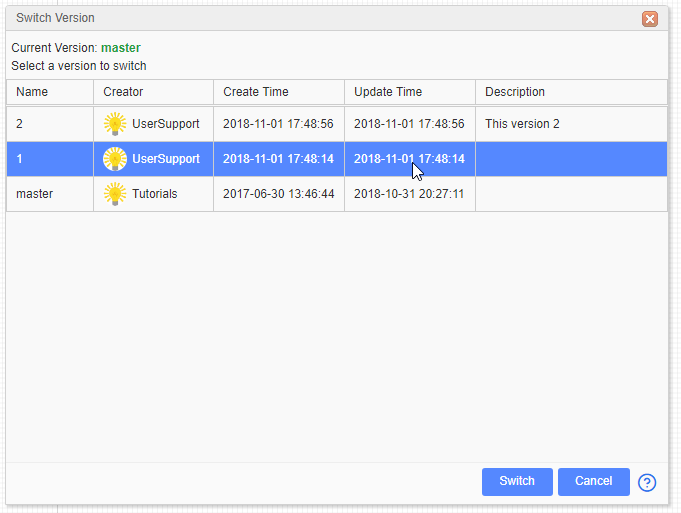 Via “Version Management”, will open the “Project Page - Version”.
Version page will list all versions, you can edit the versions’ name and description, or delete them. Current version can’t be deleted. 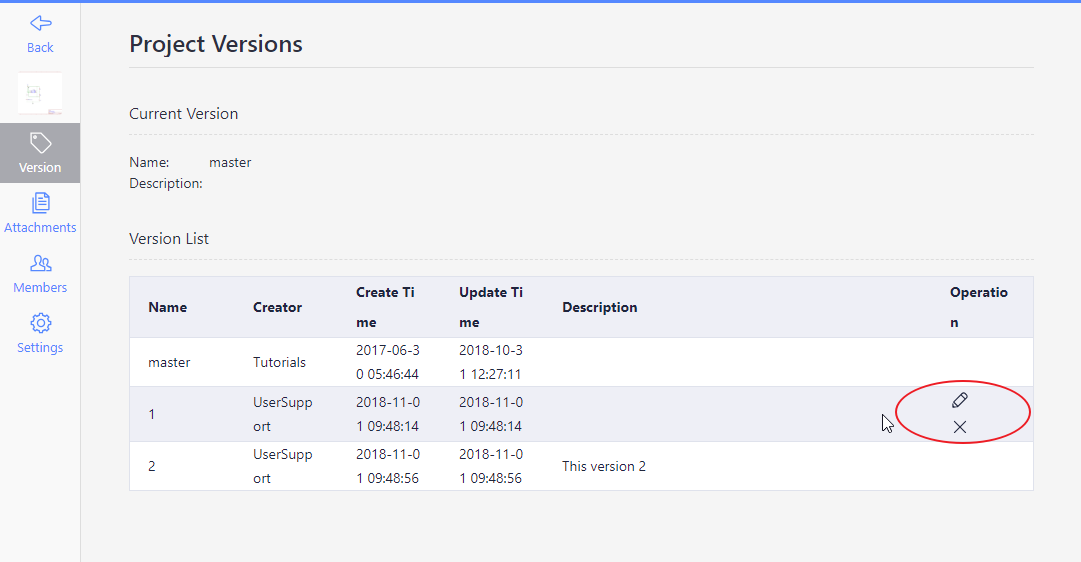